Are You Ready for The Cheltenham Festival Roar?

We Are….and so is SAM BETS!

JOIN A PROVEN SERVICE THIS CHELTENHAM, THAT’S BANKED A PROFIT* AT ALL OF THE LAST FOUR FESTIVALS!

The 2020 Cheltenham Festival is fast-approaching, so if you’re interested in quality racing and looking forward to the greatest four days of jump racing on the planet – then you’re going to like what we have in store.

Read on and be fully ready for that first day cheer knowing you’re betting alongside a ‘REAL’ person that has shown a ‘REAL’ profit at ALL of the last FOUR Cheltenham Festivals – and also has a proven track record of finding winners since 2010 by banking members +2,919pts.

Plus – as mentioned in our headline – also got his 2019 Cheltenham Festival off to a flyer by landing a £109k placepot!!

For those that don’t know, to win a placepot you have to pick a horse that will be placed in the first six races at a meeting. It might sound easy, but you try it it’s harder than you think, so to do it at the Cheltenham Festival when the dividend was £91k (to just £1) was no mean feat!

This is exactly what Stewart Black (the man behind Sam Bets) did on the Tuesday of the 2019 Cheltenham Festival and in the process scooped just under £110k (having had £1.20 on the final dividend). 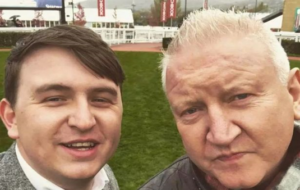 Stewart Black with his son Lee at Cheltenham Racecourse

It was no shock that the story was covered in the Scottish Sun and Daily Record. You can read all about how they scooped £109k on day one of the 2019 Cheltenham Festival.

YOU CAN NOW HAVE SAMS BETS IN YOUR CORNER!

With a proven track record at the biggest four days of National Hunt racing – you can see the ‘year-by-year’ Festival breakdown below – you can turn the 2020 Cheltenham Festival into one to remember.

Bookie offers, tips and giveaways will be everywhere, but more important than all of that – You can have a proven service – that has shown a profit in ALL of the last FOUR festivals and also scooped a £110k placepot last year – by your side for the whole of the 2020 Cheltenham Festival? 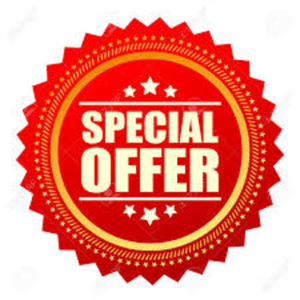 Join Sam’s Bets today and get his Cheltenham Festival service for FREE (saving £40). 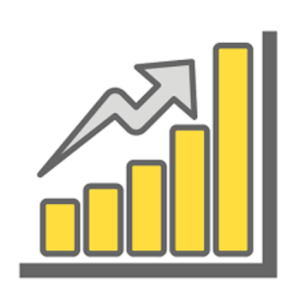 The Cheltenham Stats That Matter

ALL DAILY SELECTIONS DELIVERED BY EMAIL EACH MORNING

So, it all kicks off on Tuesday 10th March and we have one of the very best racing experts to guide you every step of the way over ALL four days!

Sams Bets is the expert YOU need to WIN at Cheltenham in 2020!!

Oh, and it’s not just the Cheltenham Festival that Sams Bets excels at – it’s pretty much all-year-round! Since 2010, Sam’s Bets has shown a profit EVERY YEAR, and during that period has amassed a staggering 2,919pts!!

THE STATS THAT MATTER

How Will I Receive My Tips?

Delivered by e-mail and within the members area.

When Will I Receive My Tips?

Tips are sent out before 9am

How Many Tips Per Week?

If you like plenty of action, then SAM’S BETS will be right up your street with approx. 20-25 bets on average per week.

You’ll receive a welcome e-mail explaining how the service works.

Plus, our customer service team are on hand too should you need any further assistance.

Sam’s Bets also send members a weekly review – breaking down the previous week’s bets and information. This includes an in-depth analysis on staking, profit and any horses to note going forward.

How Long Has The Service Been Proofing To Tipster Platforms?

If you enjoy the thrill of horse racing but just can’t seem to make it pay, then Sam’s Bets is certainly worth taking a look at.

Simple…the service has made a profit every year since 2010!

THE SEEDS OF THIS SERVICE WERE SOWN MANY YEARS AGO

Sam had his first bet at Hamilton races when he was eight – owned horses with his father when he was fifteen.

A “mug” punter for many years until the inception of the Betfair Exchange where he started taking his gambling more seriously making profits every year since.

Smaller part of his time is being an owner and racing manager of a few racing syndicates – advising on purchases and also having a strong connection with the Olly Murphy and Christian Williams yards.

BETTING IS IN SAM’S BLOOD

His approach could be described as contrarian. He is constantly searching for an extra edge or angle that the market has missed or underestimated. It is a key feature of Sam’s Bets to never stand still. Rigid selection criteria/systems can quickly become outdated and unprofitable – this is backed-up ‘year-after-year’ from his results.

“I have been following Sam’s selections since he started posting on the Punterprofits website back in 2010. In every year since I have made a profit and in some years the profit has been truly exceptional to the extent that now my biggest problem is getting bets on as I have had numerous accounts closed or restricted. If you are disciplined, follow the staking advice and remain calm during the inevitable losing runs then over any period longer than 3 months you will make money. Compared to other professional tipsters Sam’s service is exceptionally good value. My own highlights include Many Clouds winning the Grand National @ 40/1 and Labaik winning the Supreme Novice’s Hurdle @ 40/1. Also 2 x 33/1 2 year old winners on consecutive days making over 70 points profit. In my view Sam’s service remains the gold standard of all subscription tipster services I have tried.”

“As one of your long-term members I thought I would give you a testimonial as requested (see below). I have also recommended your service to a friend who I am hoping will join your service in the near future. I’ve said it before and I’ll say it again, we do appreciate your hard work and long term edge”

“I have been following Sam for two years and the service he provides is an integral part of my portfolio. Honest, genuine service which has a long-term edge and is very reasonably priced especially compared to other services. Keep up the good work”
SIGN UP TODAY - VISIT SAMS BETS